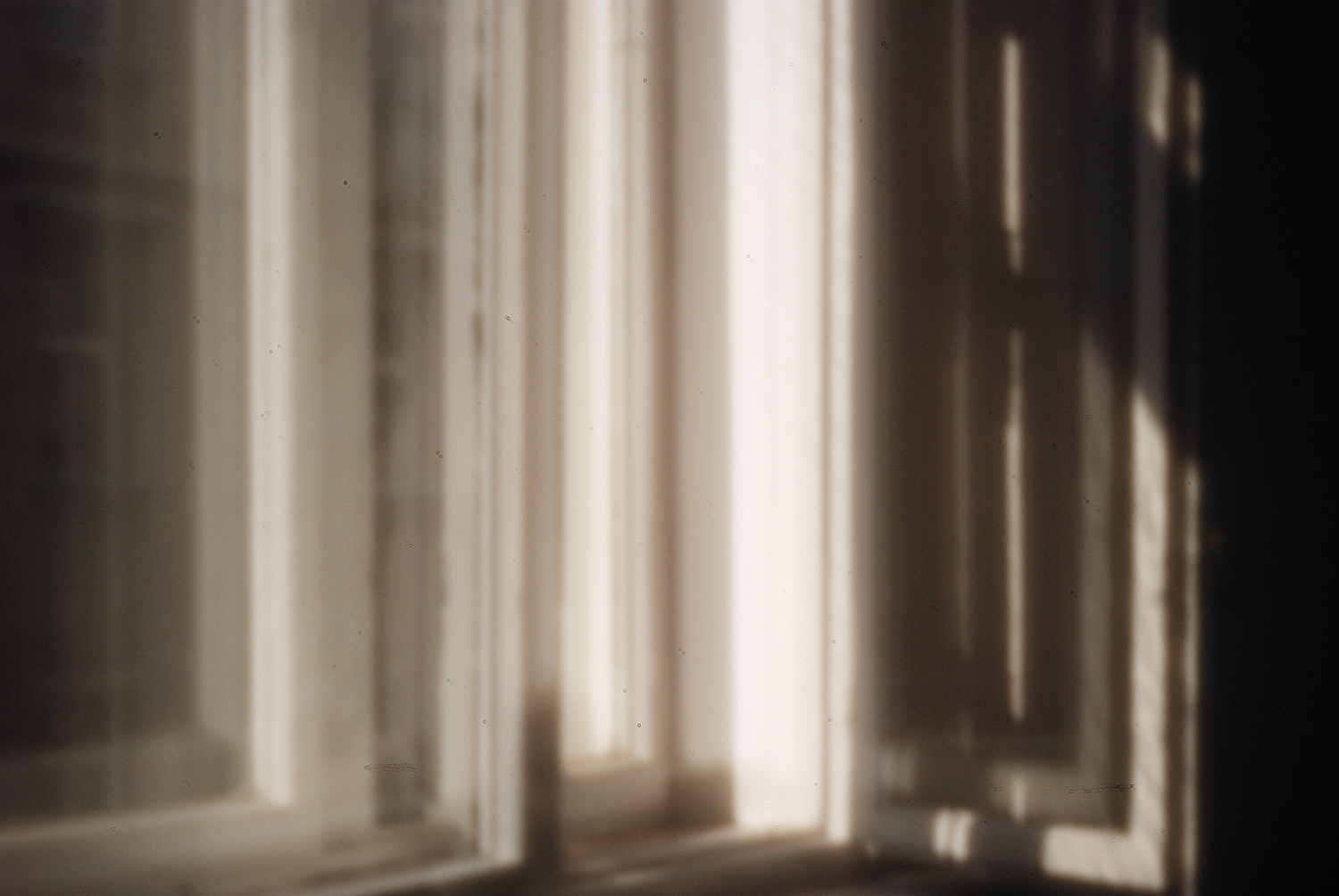 In present-day English, closely placed self-cancelling negatives are eminently acceptable if they are not overused or too intricate: e.g. it has not gone unnoticed = it has been noticed; I don’t feel inclined to disagree; a not unwelcome decision; I am not entirely dissatisfied. On the other hand, the use of double or cumulative negation for emphasis is taken to be a certain indication of poor education and of linguistic deficit [e.g. I run a family business and I don’t want no hassle]. But it was not always so in the past and attitudes can easily change again in the future. – H.W. Fowler and R. W. Burchfield, New Fowler’s Modern English Usage, 3rd ed.

“Not tomorrow he won’t come, but next week,” I said, surprising myself by using a double negative for intensification – the context required emphasis on correcting a mistaken assumption. (There was also an element of expanding the fragmentary response “Not tomorrow,” after a slight pause, by “He won’t come”.) The standard grammatical statement “Tomorrow he won’t come” would not have been emphatic enough, and the nearest standard grammatical alternative might have been to use the it-cleft: “It’s not tomorrow he’s coming but next week,” but in the haste of speech the double negative was more forthcoming.

Double negatives in English with intensified negative meaning are no longer grammatically standard: The “standard” grammar here originates in such grammars as Greenwood’s Essay towards a practical English Grammar of 1711 (‘Two Negatives, or two Adverbs of Denying do in English affirm’) and Lowth’s Short Introduction to English Grammar of 1762 (‘two negatives in English destroy one another, or are equivalent to an affirmative’) aiming to codify English as a legitimate alternative to Latin, which it was supplanting as the lingua franca of academic discourse.  Double negatives in English were in use before the eighteenth century (‘Nor did they not perceive the evil plight/ In which they were’ – Milton, Paradise Lost) and are still common in speech (‘I ain’t done nothing’) and popular songs (‘I can’t get no satisfaction’ – The Rolling Stones); however, they are still associated with being “uneducated” (played on by Pink Floyd in ‘or ‘We don’t need no education/ We don’t need no thought control’), and in academic writing are shunned, except in quotation. By the eighteenth century the use of double negatives had shifted from negative to positive: Murray’s English Grammar of 1795 (according to Fowler) was perhaps the first to record the use of repeated negatives as affirmative (‘Two negatives, in English, destroy one another, or are equivalent to an affirmative . . . “His language, though inelegant, is not ungrammatical; that is, “it is grammatical” ’).

Double negatives in English are now standardly used to imply affirmation (“not unlikely”, “not ungrateful”) or to draw attention to the act of affirming (‘It is certainly true—and has not gone unnoticed—that … ’) while at the same time modulating the firmness with which it is asserted, to a degree conveniently unspecified. This undefined strength of modulation of a positive achieved by the use of the double negative makes the form common in academic writing, a fact not unrelated to Fowler’s observation that ‘The very popularity of the idiom in English is proof enough that there is something in it congenial to the English temperament, and it is pleasant to believe that it owes its success with us to a stubborn national dislike of putting things too strongly.’ An air of moderation and balance surrounds the use of double negatives in such examples as ‘On the whole … things as yet looked not unfavourably for James’—Macaulay, 1849.

Double negatives can, however, lead to a knotty tangle, or leave an impression of weasel words:

This is not to say that I do not think that some of the dissents are not preferrable [sic] and not to publish them would hurt every one—Bull. Amer. Acad. Arts & Sci., 1988, quoted in New Fowler’s Modern English Usage, 3rd ed.

Orwell was averse to the form due to its widespread use to tone down meaning at the expense of clarity, thus being unsuitable for the unpurple prose that he so valued:

One can cure oneself of the not un- formation by memorizing this sentence: A not unblack dog was chasing a not unsmall rabbit across a not ungreen field. – George Orwell, Politics and the English Language. (Footnote to the sentence “It should also be possible to laugh the not un- formation out of existence.”)

A step further and one is damning with faint praise: “The book is a not unsuccessful attempt at providing an introduction to the field.”

Double negatives are also used ironically, serving the rhetorical figure of litotes (“no small amount”, “no mean feat”). In academic writing this use of double negatives for understatement requires care as it requires contextual clues for the remote reader to read the irony (there are a couple of examples below). Litotes has a long pedigree in English (‘not easy to escape from’- Beowulf, in the context actually meaning ‘impossible to escape from’) and such examples as ‘not a few’ (a great number), ‘it was nothing’ (downplaying personal achievement), ‘not unwelcome’ (a polite way of saying ‘very welcome’), and many others pepper speech today.

Examples of double negatives from the academic corpus

It is NOT UNCOMMON to find reporting clauses in the form “It occurred to her”, “It dawned on me”, and so on. [Quite common – somewhere between uncommon and common]

Indeed, it is NOT UNLIKELY that he at some point faced armed resistance in the Fens, as the Liber Eliensis mentions a siege of Ely. [Probable, but unprovable]

The case for Merz, Pistoletto and Buren may be different, but it is NOT UNREASONABLE to expect a rationale for the proclaimed indebtedness of Arte Povera and Conceptual Art to the Situationists.  Nowhere in these publications are these connections argued for: they are merely dogmatically asserted. [Here the double negative carries more a sense of intensification, confirmed by the tone of the following sentence: not only is it reasonable to expect an account but it should be given]

The formation of cliques is NOT UNEXPECTED, given the fact that the only things which the residents actually do have in common is that of having the same employer and the same degree of occupational and residential mobility. [Unsurprising, but not certain]

This skimpy description is NOT UNUSUAL in a survey, and the missing positive evaluation he might have made is only implied in his choice of the sculpture for inclusion in his book. [To be expected]

If one takes the NOT INCONSIDERABLE trouble of following his analysis right the way through, it is hard not to be impressed by the picture he draws of an intricate network of equivalences and contrasts, corresponding to the different possible metrical divisions in the poem, and layered one upon the other in a kind of elaborate verbal counterpoint. [Implied intensification: very considerable; notice also the “hard not to be impressed”, which resists being impressed.]

British prime minister John Major had a supposed penchant for double negatives, “not inconsiderable” making it to the title of his 1996 biography by Patrick Wright. (Mark Forsyth observes in The Elements of Eloquence: Secrets of the Perfect Turn of Phrase that there is no record of Major using this particular phrase, except as a dig at his detractors in a 1992 speech: “It is, of course,  as Private Eye or the Guardian would have me say, a time of ‘not inconsiderable interest’ in Europe’. Of course, it’s not easy to prove a negative.”)